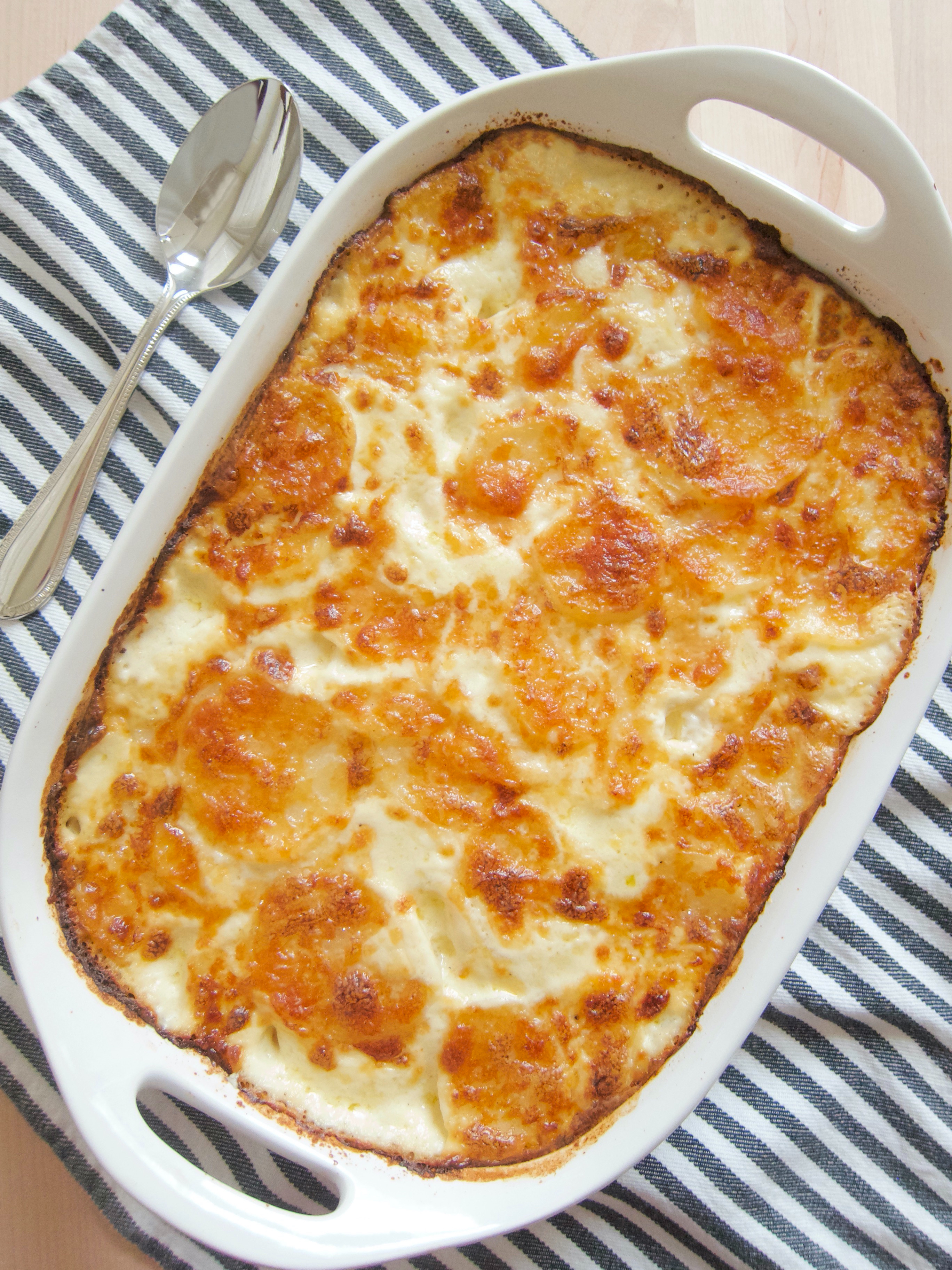 At the wedding reception of my son Craig to my wonderful daughter-in-law Carrie, the country club served delicious creamy and cheesy scalloped potatoes that I’ve never forgotten. They were perfect and being able to make scalloped potatoes like theirs has been on my recipe bucket list ever since.

When I had first made scalloped potatoes decades ago, we were told to make layers of the sliced potatoes, each sprinkled with salt and pepper and flour, and then pour milk over them to nearly cover and dot with butter. After the wedding I did some research and tried a few of the newer recipes where cheese had been added but with no success. I had put the project of reproducing their delicious potatoes aside for a few years.

Recently I gave it another go. Garlic is found in many of the recipes today but that flavor wasn’t in the wedding scalloped potatoes. I tried cheddar and mozzarella which most recipes are calling for but the taste wasn’t right. Most of the recipes are also asking for the potatoes, cheese and milk or cream to be layered which didn’t look right. The recipes were good but not special. Not unforgettable. Something entirely different was going to be the answer.

These scalloped potatoes are heavenly!

Melt butter in a medium saucepan. When hot add the shallots and sauté until translucent. Add the flour to make a roux and stir the roux for 30 seconds with a whisk (this removes the raw flour taste). Gradually whisk in the milk and the cream. Heat until bubbly, whisking occasionally. Add the salt, pepper and Jarlsberg cheese.

Place the sliced potatoes in a large bowl, pour the cheese sauce over them and mix until they are all coated. Slide the potato mixture into a 9″ by 13″ casserole and arrange the slices to make the top level. Sprinkle with the parmesan and bake UNcovered in a 375 degree oven for 1 hour.