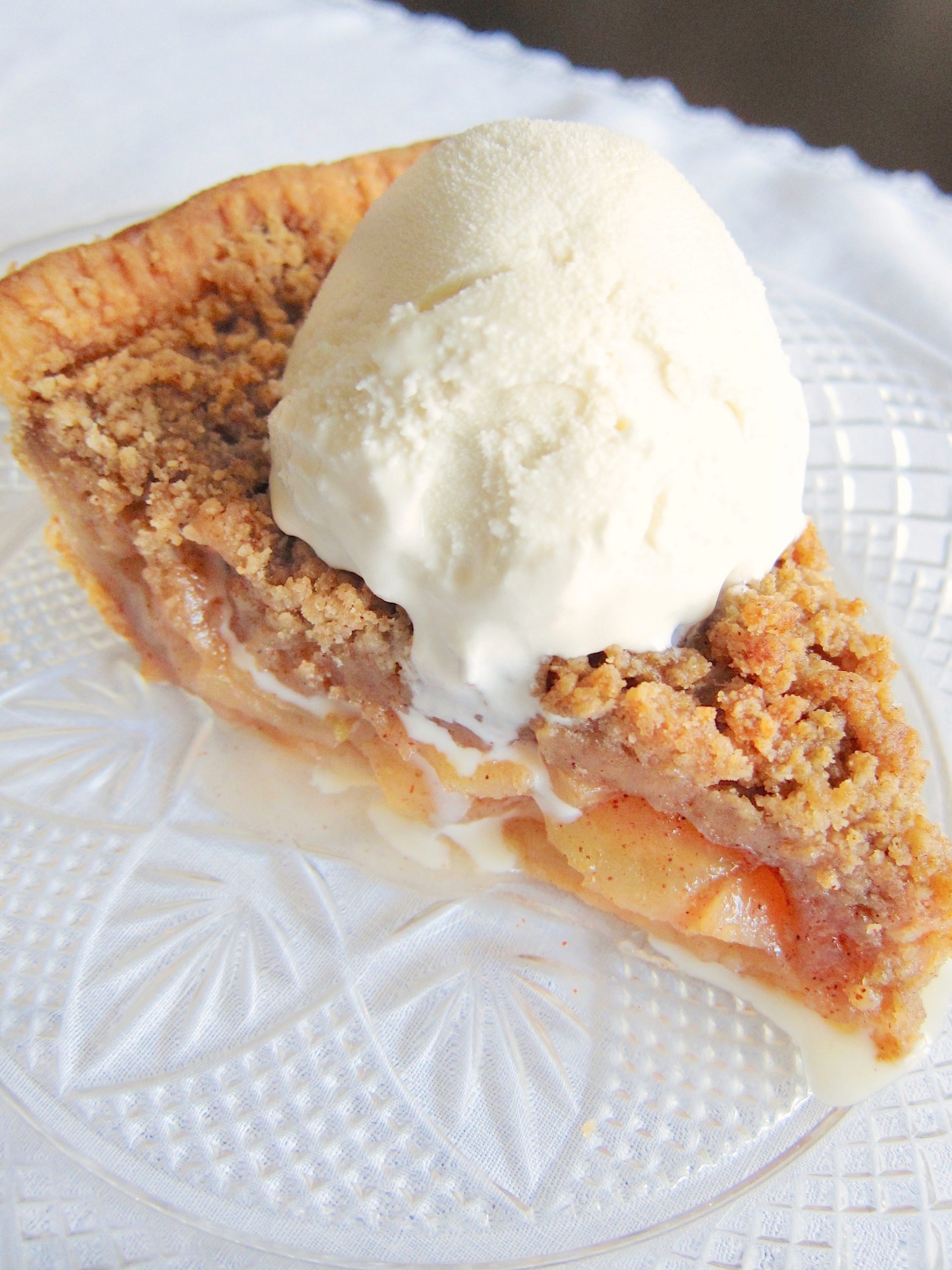 Pie have been around since the ancient days. The Egyptian pies were made in reeds instead of crusts. The early Romans heard about it from the Greeks and the first published pie recipe was a Roman pie made with a rye-crusted goat cheese and honey. As it traveled to Europe, the pies were more crust than filling and the crust was still not part of the dish that you ate, it was only there to hold the filling while it cooked. And they were made with meat. We still make meat pies called pasties. The English credit Queen Elizabeth I for the first cherry pie. The early colonists were making their pies in what was called coffyns and it wasn’t until the American Revolution that the term crust was used instead of coffyn. During the years the pies evolved into the most traditional American dessert and became such a part of our culture that the term appeared “as American as apple pie,” which The Apple Marketing Board of New York used to help rehabilitate apples when prohibition outlawed hard cider.

When you go to make an apple pie, the two big choices are which apple to use and lattice or crumb crust on top. Some apples don’t work well because they either aren’t going to be tender when they are cooked or they turn to applesauce. The recommended apples for a pie are tender and hold their sliced form. As for the top crust, it’s preference. I love a lattice top on peach and blueberry.

Place flour, butter, sugar and egg yolk in food processor. Process until blended and while running add the water. Stop the processor just before the mixture starts to ball. Remove and roll out on a floured bread board. Line a 10 inch deep dish pie plate with the crust. Trim around the edges and using a fork, make indentations all around the edges or flute the edges using your fingers.

Drizzle the lemon juice over the apples in a large bowl. Toss apples a few times. Mix all the remaining ingredients, sprinkle over the apple and toss until evenly coated.

Place all ingredients in food processor and process until well blended but still crumbly.

Layer apply slices in the crust, mounding them higher in the center. Pour topping over the apples and using your hands move the crumbs around until all the apples are covered, breaking up any large pieces that may have formed in the processor.

Place on a cookie sheet in a preheated  350 degrees and bake for 1 hour and 20 – 40 minutes until apples are desired tenderness.  Remove from oven to a cookie rack and let cool one hour or until just a little warm. Serve with vanilla ice cream.