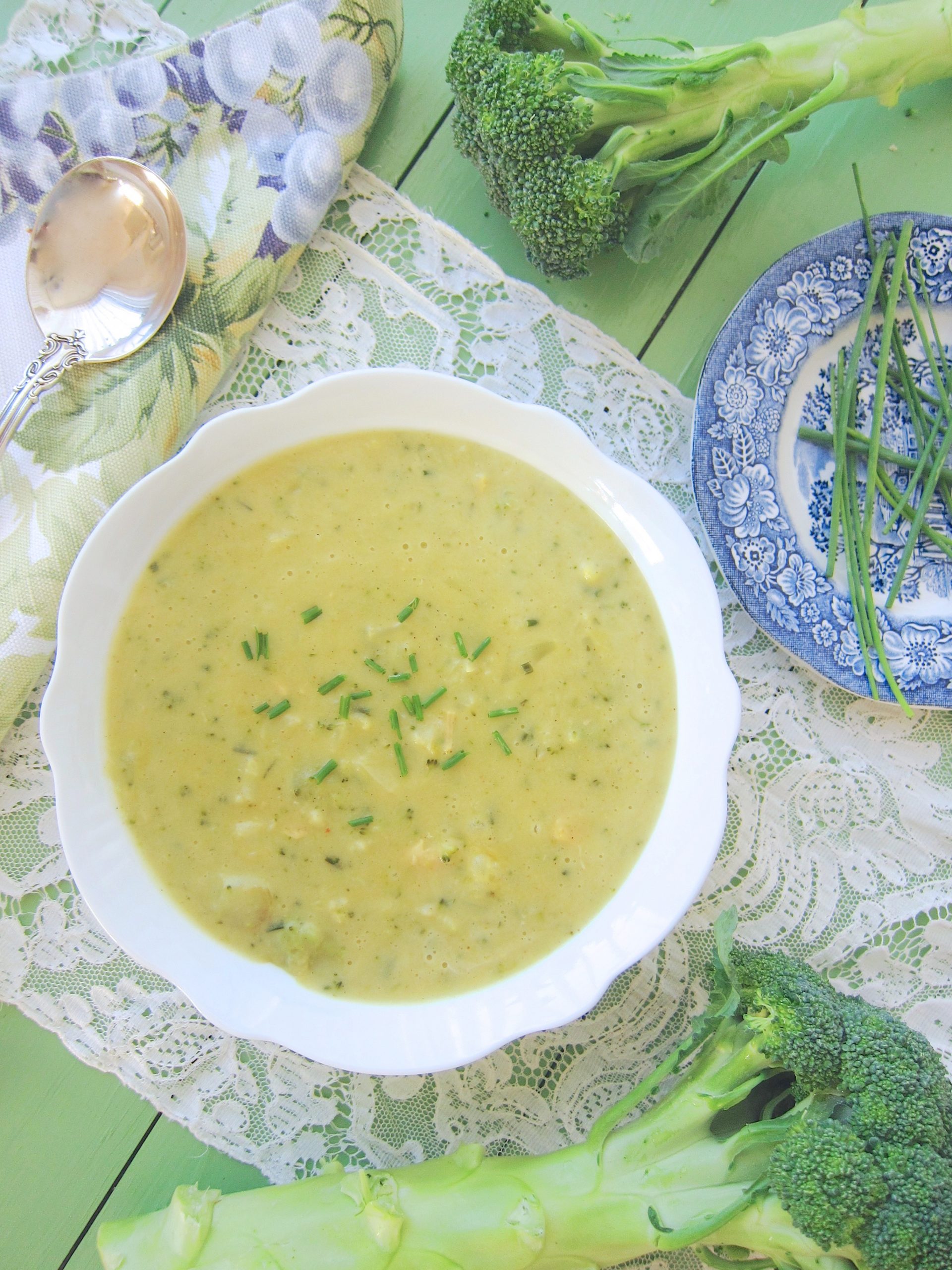 Bisque derives its name from the Bay of Biscay that borders France and Spain. It was originally a creamy soup made in France based on a strained broth of seafood. The seafood was bis cuites, “twice cooked”. First sautéed, then simmered in wine and seasonings with cream added to it at the end.

Bisque can also be used to refer to cream-based soups that are pureed in a food processor or food mill that do not contain seafood.

This broccoli and cauliflower bisque recipe was adapted from a recipe in a little booklet called Healing Soups by Sandra F Frank. She said that it is good for hormonal issues.

Men and women are both having estrogen levels effected by toxins in plastic bottles pesticides and commercially raised animal products. Cruciferous vegetables, especially broccoli, contain many nutrients that promote the healthy metabolism of hormones, reducing the negative side effects of excess estrogen.

Sauté onions in the oil for 5 minutes. Add curry and cook 30 seconds. Add chicken broth and potatoes, bring to a boil, reduce heat and simmer until potatoes are tender. Steam florets until tender and chop. Combine half of chopped florets with the stock and cooked potatoes and process in a food processor in batches. Add the remaining chopped florets along with the cream and chives. Stir in the Boursin cheese if using and salt to taste.