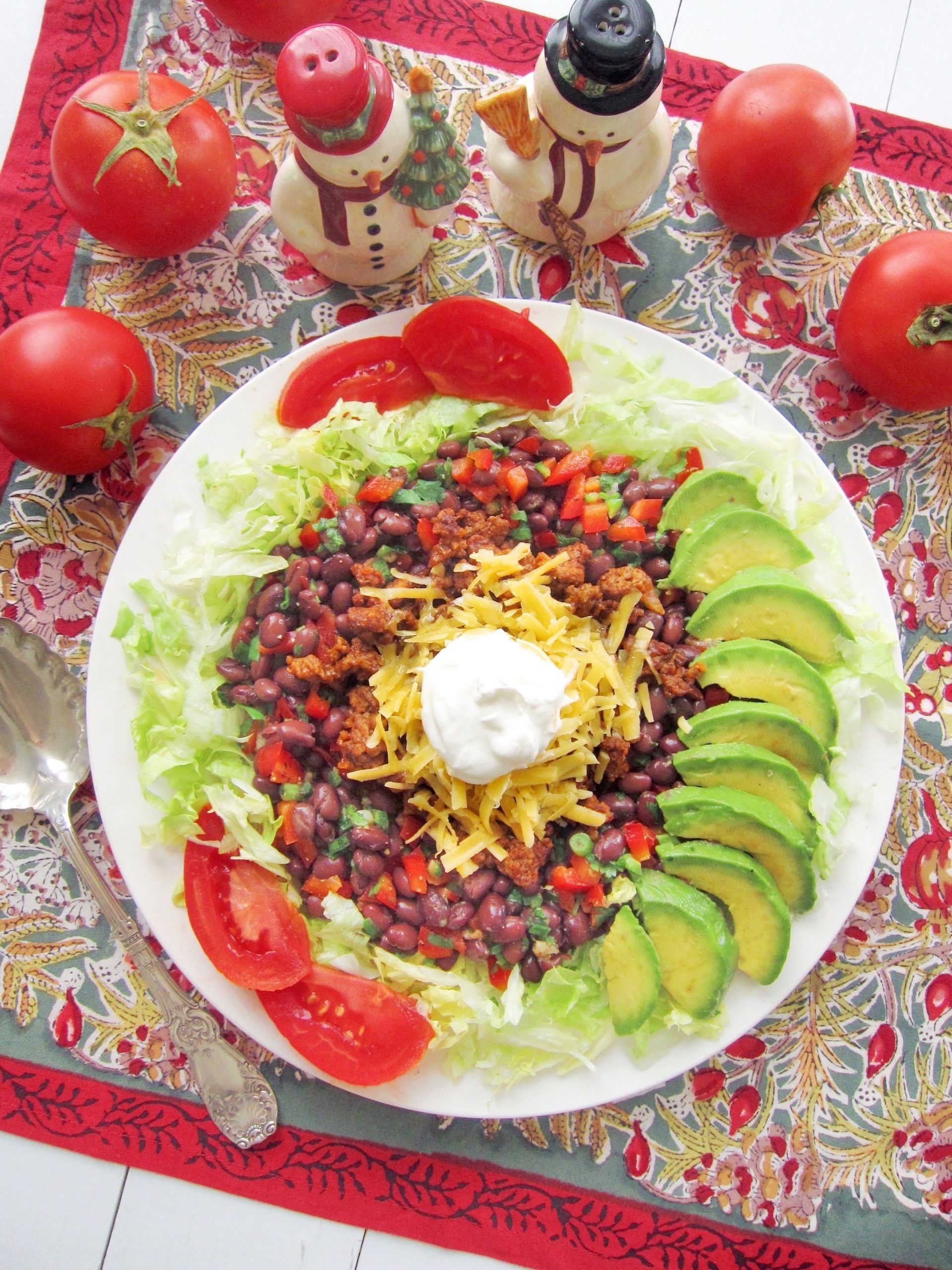 The history of salsa can be traced back to the Aztecs and Mayans in Central America. and the Inca indians in South America. The Spaniards first encountered tomatoes after they conquered Mexico in 1519 and this began salsa’s story. Aztec lords combined tomatoes, chili peppers and ground squash seeds and ate the mixture with turkey, venison, lobster and fish. spices. The condiment was named ‘salsa’ by Alonso de Molino in 1571.

This recipe for Black Bean Salsa is an adaptation from the The Garden of Earthly Delights Cookbook. I got the idea to make it part of a taco salad and it’s great!

Mix salsa ingredients and chill for 3 hours. Cook meat according to directions on the back of the seasoning mix. Assemble salad as desired.