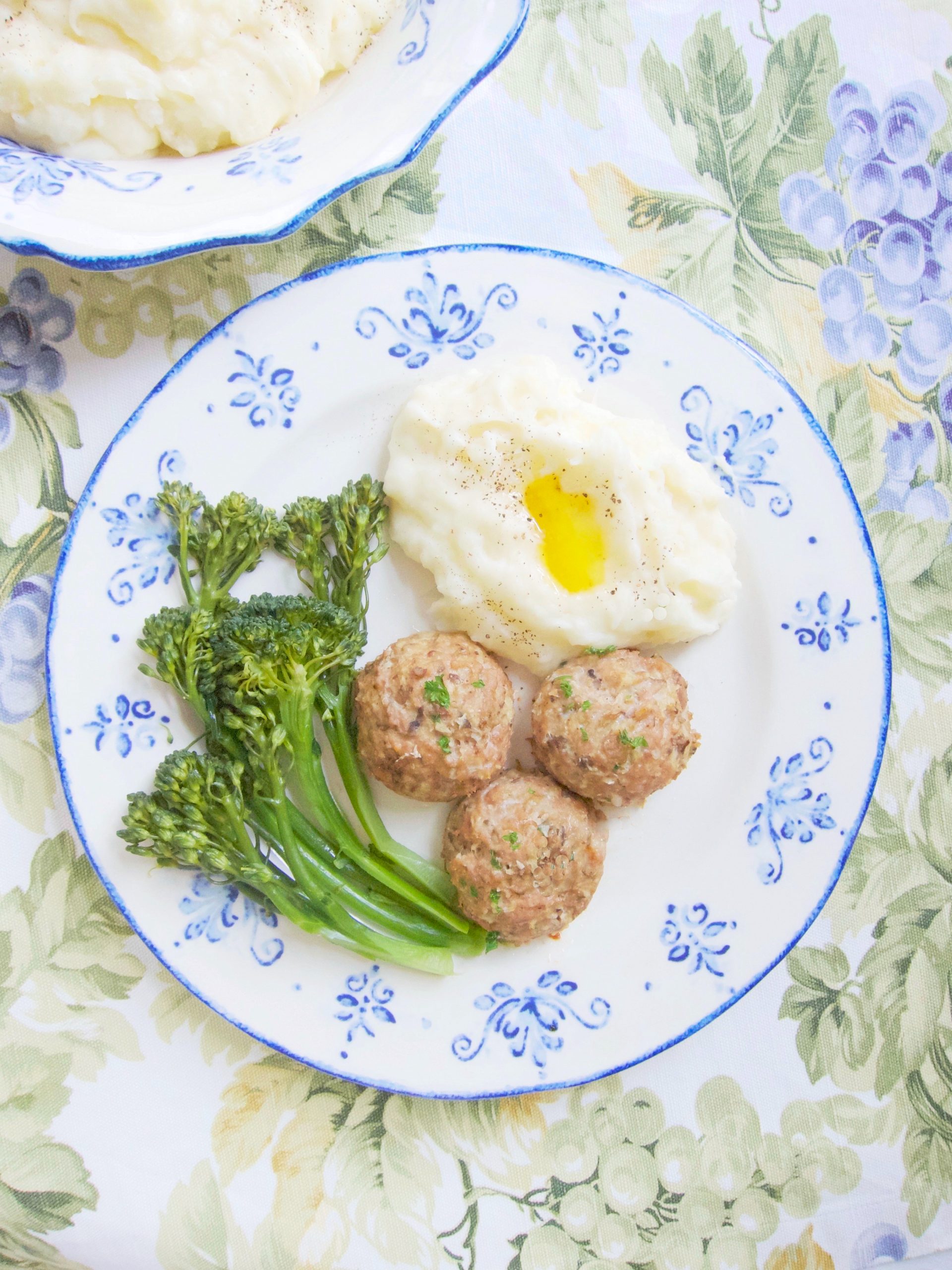 If you’re like I’ve been, you’ve been walking by these waxy, bark-like skinned, baseball bat shaped vegetables in the produce department giving them a passing glance, thinking they look strange and they’re probably something like a horseradish root, then not giving them a second thought. It wasn’t until a doctor recently mentioned eating yuca as part of an anti-inflammatory diet, that I became interested in trying them. And it was really fun when they turned out to not be at all what I expected which was nothing like a radish. How I would remove the outer skin had looked challenging but it turned out to be easy, and yuca is bright white inside like when you open a coconut. Yuca is very inexpensive, nutritious, and a delicious comfort food.

Yuca, pronounced yoo-ka, not yu-ka, is fairly new to American cooks but in Latin America, South America, the Caribbean and other islands, and Asia and Africa, it’s been a stable for a long time. Yuca, also called cassava, has a lot of starch in it making it ideal for a naturally grain-free flour used to make empanadas, tortilla chips, tortillas, tamales and breads. In its whole state, it’s boiled, mashed, baked, roasted and is made into fries and served with exotic sauces. Tapioca starch thickener mostly used in fruit pies is from yuca.

Yuca has a much lower glycemic index compared to white potatoes and it becomes a resistant starch when cooked, chilled and reheated making it a great addition to a Paleo diet. But it is high in carbs like potatoes so it’s not on the Keto diet list. Resistant starches won’t spike blood sugar and they have compounds that will make you feel full longer and not hungry between meals, and resistant starch converts into butyrate which is the preferred food of gut microbes and aids in the healing of inflammatory gut issues. Yuca also has more fiber and protein than potatoes. Yuca shares some of the same nutrients of potatoes as well as some of its own unique nutrients. It has a lot of vitamin C and potassium, more potassium than white potatoes or bananas, as well as resveratrol, the anti-inflammatory and anti-oxidant compound that protects your body from free radical damage, choline, vitamin A, vitamin B, folate, calcium and magnesium, making it good for the nervous system, immune system, kidney health, bone health, eye health, heart health, brain health, and healing from injuries.

For my first yuca experience, I chose to make mashed yuca. In the pictures on the internet they looked like mashed potatoes, and the cooks where comparing it to mashed potatoes. But after making them several times following different instructions on how to boil them, I knew that the texture was creamy like potatoes, but they were not going to be fluffy like mashed potatoes, and it wasn’t because I was doing something wrong. Mashed yuca is both denser and sticker because of all the starch in it. But there were things to know to make them less dense and sticky. After doing some research and making mistakes to sort out the misinformation on the internet, I learned that if you over cook yuca, and/or over beat it, you will have a mass that is so thick and gooey that you will be throwing it out. And also the cooler it gets, the denser and stickier it becomes so mashed yuca needs to be kept very warm.

To avoid a second trip to the store when shopping for a certain amount of yuca for a recipe, buy extra because it’s difficult to tell from the outside if they are at their prime. You only want to use yuca flesh that is pure white without any black or brown streaks running through it. This means you may be discarding parts of a yuca and possibly a whole one because it was too past its prime. To minimize this look for nicely shaped, evenly colored medium to dark brown yucas with no large patches of very dark brown or black blemishes, and no soft spots. If some of the bark has been rubbed off, it should be fine. And it’s best to buy them from a grocery store that brings in a lot and has a lot of turnover. The bins at Asian international grocery stores like Lotte Plaza Market carry dozens of yuca to choose from.

You can buy yuca frozen. Goya foods frozen yuca is just yuca with nothing added. I made a batch from frozen and from fresh and tried them side by side. The fibers are broken down when they are frozen and it’s a little less sticky or gummy. But I thought it lost something in flavor and preferred what I thought was the sweeter taste of the fresh yuca.

Cut the ends of the yuca. If you see discoloration, keep cutting until it’s pure white. Cut in sections about 3″ long. You can make a cut through the skin and lift it up with the edge of a knife and peel it off. Or I found it easier to stand the piece up on one end and slice down the sides to remove the skin. You want to remove both the brown and pick layers until it’s just white.

Once the skin is off, cut them down the center to reveal the core that doesn’t yet tender. The core of yuca looks like a very slender tree. You have some options at this point. You can leave the pieces like this and after they cook, you can remove the ‘trees’ easily before mashing, which is what you do if you are using frozen yuca. Or you can do a second cut right through the tree, then stand the 4 pieces up on end and slice the parts of the ‘tree’ off. Cut the wider pieces in half so they cook more uniformly. The smaller pieces will cook faster.

The amount of cream, butter, salt and pepper is according to preference just like mashed potatoes. For 2 pounds, I heat 1 1/4 cups cream and 1/4 cup butter in a small sauce pan. Frozen yuca needs less cream.

Place the pieces in a large pot and cover them with water and add a teaspoon of salt and the crushed garlic to the water. Bring to a boil and boil for 12 to 20 minutes depending on how big your yuca pieces are. Start testing smaller pieces at 12 minutes. If a fork goes through them easily (they will have more firmness than potatoes), lift the pieces out with a slotted spoon or pour the yuca into a strainer to drain. Then start to mash in batches. The cooler yuca gets, the more difficult it is to mash, so work quickly.

Using the pulse feature, process the yuca briefly until it’s broken up, then add some of the warm cream and butter mixture and sprinkle with salt, then pulse/process again very briefly. Remove the mixture to a heated, buttered crock pot, and continue with the rest of the yuca pieces. If you will be serving it right away, keep the mixture hot in a crock pot.

If you are refrigerating the mashed yuca, reheat it in a buttered crock pot set on low, stirring a couple times, until it’s hot (1 to 1/2 hours), then turn the crock pot setting to warm.

Serve with a sprinkle of pepper and more butter.