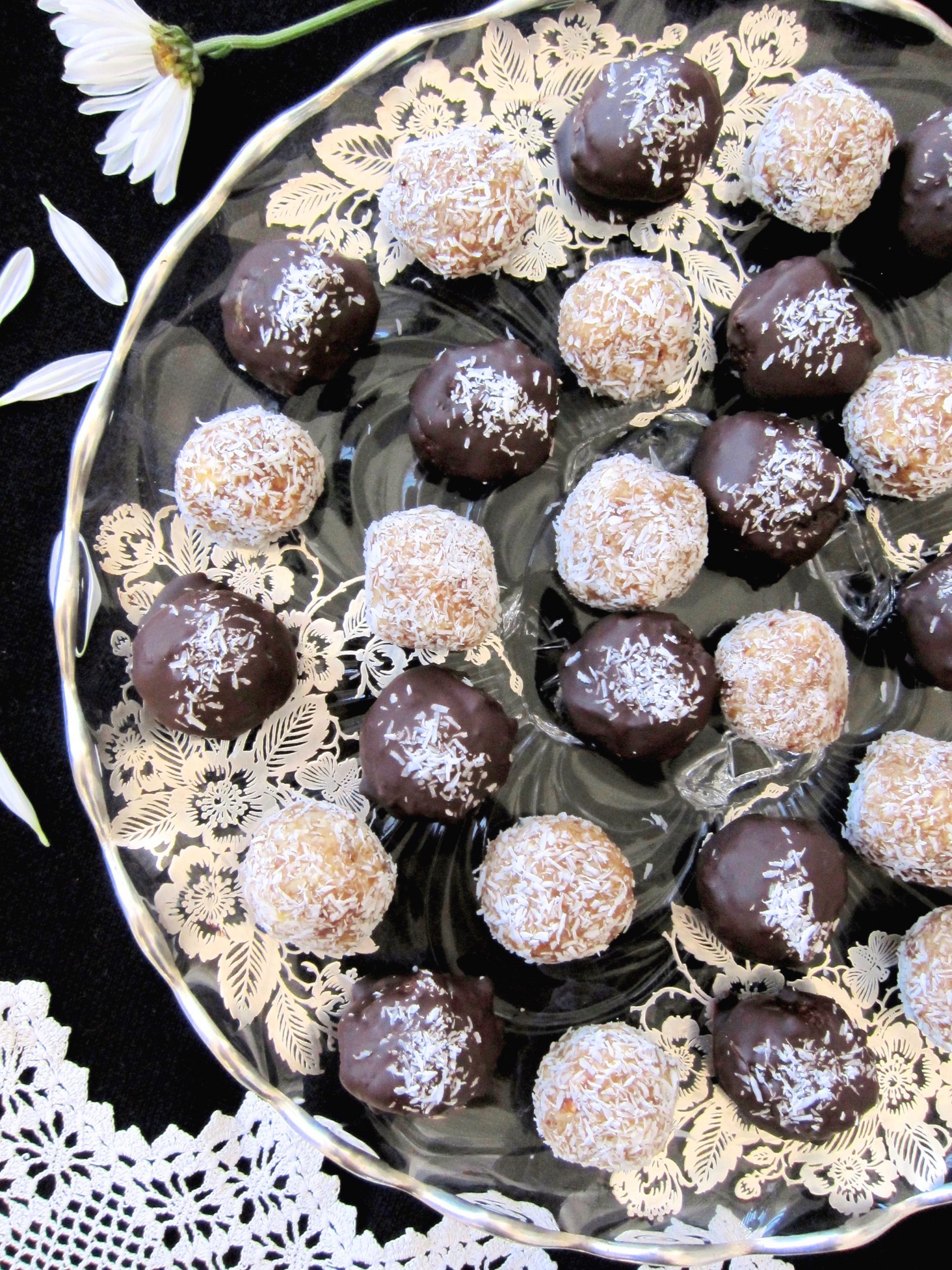 Normally we have been thinking of “candy” as something you shouldn’t eat but we are now being told that chocolate may be good for us. Yay! Cocoa beans have vitamins A, B1 B2, B3, C, E and pantothenic acid and it is rich in a number of essential minerals including magnesium, calcium, iron, zinc, copper, potassium and manganese. Dark chocolate has flavanols which can stimulate nitric oxide in the endothelium, the lining of arteries, causing the arteries to relax, which lowers resistance to blood flow and reducing blood pressure. It can also reduce the blood’s ability to clot reducing the risk of strokes and heart attacks. Flavanols also function as antioxidants. Cocoa and dark chocolate have a wide variety of powerful antioxidants, way more than most other foods. ORAC Oxygen Radical Absorbance Capacity)  is a measure of the antioxidant activity of foods. Raw unprocessed cocoa beans are among the highest scoring foods that have been tested including blueberries and Acai berries.

Chocolate’s two other antioxidants are catechins and polyphenols (similar to the ones found in wine). Flavanols are part of a group of of chemical substances called flavonoids. There are thousands of different kinds. Flavonoids are being credited for reducing insulin resistance which means it satisfies longer and you aren’t hungry as fast. For this reason, chocolate is being used in weight loss programs. Chocolate is a superfood but needs to be eaten in moderation. You only need to have a few ounces a few times a week to receive its benefits.

The showy and elegant date palm trees produce the divine Medjool date. Eating dates is also done in moderation to contribute many health benefits to you, such as protecting against damage to cells from free radicals, helping prevent a stroke, coronary heart decease and the development of colon, prostate, breast, endometrial, lung and pancreatic cancers. Studies have concluded that dates could be considered a nearly ideal food with its 23 types of amino acids and unsaturated fatty acids which include palmitoleic, oleic, linoleic and linolenic acids not normally found in fruit. Dates contain vitamins A, B6  and K and there are at least 15 minerals in dates.

Among their innumerable health benefits, walnuts are a brain food and can be helpful in preventing heart decease and cancer. They can help with weight management, lower the risk of type 2 diabetes and can also be good for your hair.

Coconut (but not the sweet curly processed stuff you color with green food coloring for Easter) is also good for you. Coconut oil is at the top of the list of healthy oils which include olive oil, walnuts and avocados.

Place walnuts, dates, coconut, oil and salt in a food processor and process until crumbly. Roll into balls and then in coconut or melted chocolate. Chill in fridge until set.
*Trader Joe’s Trader Grotto’s Sicilian (cold pressed) Extra Virgin Olive Oil is a blend of three olives from Sicily, packaged in Italy in a beautiful bottle. It’s light and delicious. Store it in the dark and use up within a month.
**Lindt Excellence 85% Cocoa Extra Dark bars are low in sugar and don’t have soy.