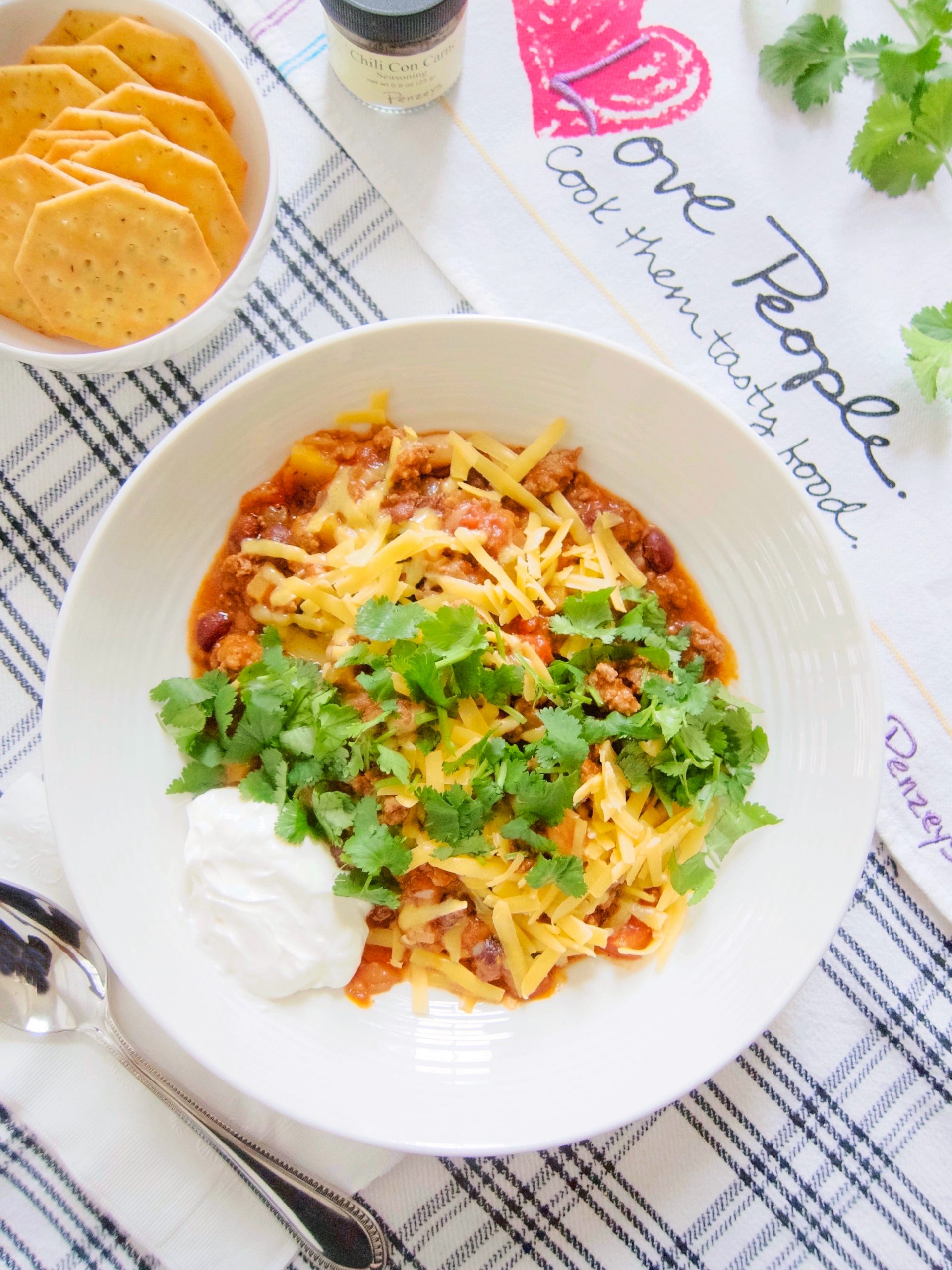 The reason why the Aztecs and Mayans have been adding chili powder to hot chocolate is because the two flavors play off each other, intensifying or deepening the flavor of the hot chocolate.

Cocoa is added to chili for the same reason. It adds a layer of flavor to the chili powder, beans, meat, and the tomato sauce, making the chili taste richer, offering a complex, as opposed to a simple, appeal to your palate as well as a longer lingering of flavor. You can adjust the amount up to 1 tablespoon per pound of meat keeping in mind that the intention of adding cocoa isn’t to taste the cocoa itself, but to give the chili multiple dimensions.

What is also adding to the rich flavor of this recipe is beef broth, Worcestershire sauce, green chilies and Penzey’s Chili Con Carne seasoning, which, in addition to being chili powder, contains oregano, coriander, red and green bell peppers, black pepper, allspice, cilantro and cloves.

Cook the onions and carrots in the oil and butter in a large Dutch oven for 10 minutes, then remove to a bowl. Cook the meat in the Dutch oven, add the onion mixture, beef broth, tomatoes, tomato sauce, beef broth chopped green chilies, beans and seasonings. Bring to a boil, turn heat down and let cook uncovered for about 45 minutes.

Best made the day before. Serve with grated cheddar cheese, chopped cilantro and sour cream.