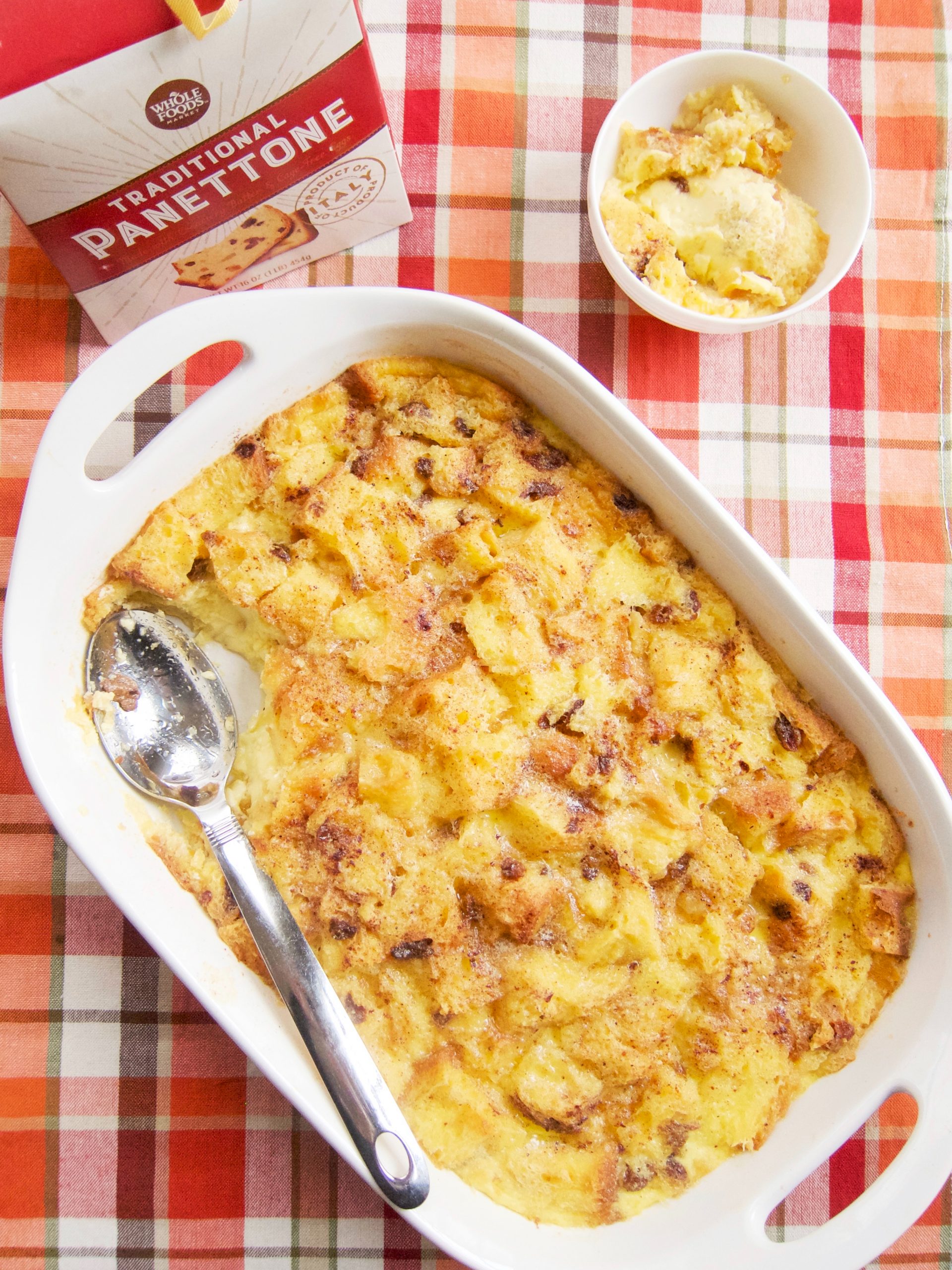 Bread pudding is made of a soft bread like brioche, baked vanilla custard, brown and/or golden raisins and a lot of butter. Years ago when I was working in a doctor’s office a patient brought in her King’s Hawaiian Sweet Bread-Bread Pudding for us. I had never had it before. It was still warm out of the oven and completely delicious. She kindly left her recipe which I immediately made a copy of.

This Christmas I fell in love with Whole Foods Panettone Bread with sultanas and candied orange. First I made
French toast with it and now bread pudding. Panetonne is sweeter than King’s Hawaiian Bread so I cut back the sugar in her recipe from 1 cup to 3/4 cup.

Cut or tear bread into large pieces and put the pieces in a greased 9″ by 13″ casserole. Lightly sprinkle with cinnamon and nutmeg and if you are using King’s Hawaiian Sweet Bread sprinkle with desired amount of raisins. In a saucepan combine, milk, sugar and butter and heat until boiling. Remove from heat and let cool a few minutes before adding to the eggs so you don’t curdle them. While whisking the eggs ladle 1/2 cup of the milk mixture into them. Repeat this until most of the milk mixture has been whisked in and then you can quickly pour in the rest. Whisk in the vanilla. Pour the custard mixture over the bread. Lightly sprinkle with more cinnamon and nutmeg.

Bake in a 350 degree oven for 23 minutes. Let sit 5 minutes then serve while warm.